Supportico Lopez Opens the Season with a Theatrical Group Show

The group show “Carpet for a Lord” at the Berlin gallery of Supportico Lopez takes its name from a 1991 work by Henri Chopin (1922-2008), the avant-garde artist, poet and musician, and features the work of eight artists, including early career artists, Charlie Billingham, Than Hussein Clark, Daniel Milvio, Jill Mulleady and Ola Vasiljeva, and established artists, Judith Hopf, Ettore Spalletti and Haim Steinbach.  Opening on 8th September and running until 22nd October 2016, this exhibition aspires to create a melody, from the references and forms of the artworks, about aesthetics, representation, enigma, personality, past, future and death. 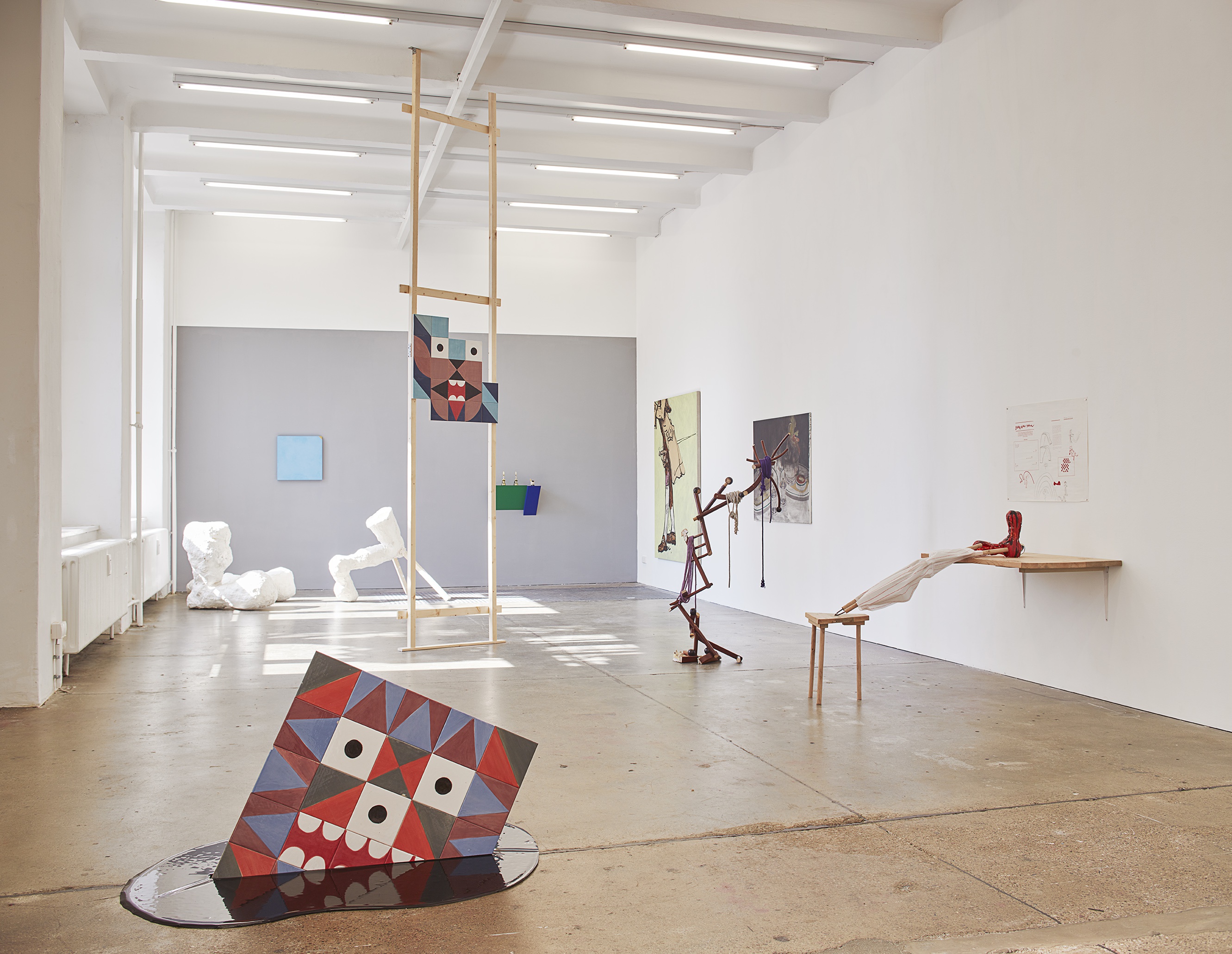 The gallery is presented as a mise-en-scène with a large painting by Charlie Billingham placed on a royal blue wall, taking centre stage. Billingham’s decoratively-coloured figurative paintings have associative references, namely late 18th century and early 19th century British cartoons, and are often imbued with theatrical and absurdist qualities. A reference to Luigi Pirandello’s 1921 play, “Six Characters in Search of an Author” in the press release for this exhibition gives a clue to what the viewer should be looking for. This nonsensical play is about an acting company rehearsing a play when they are interrupted by six strange people, a mother, father, their child and the mother’s three other children by another man, in search of an author to finish their story. The mother has walked in on the father offering to buy sex from his stepdaughter who he insists that he did not recognise after so many years. The director agrees to stage their story. 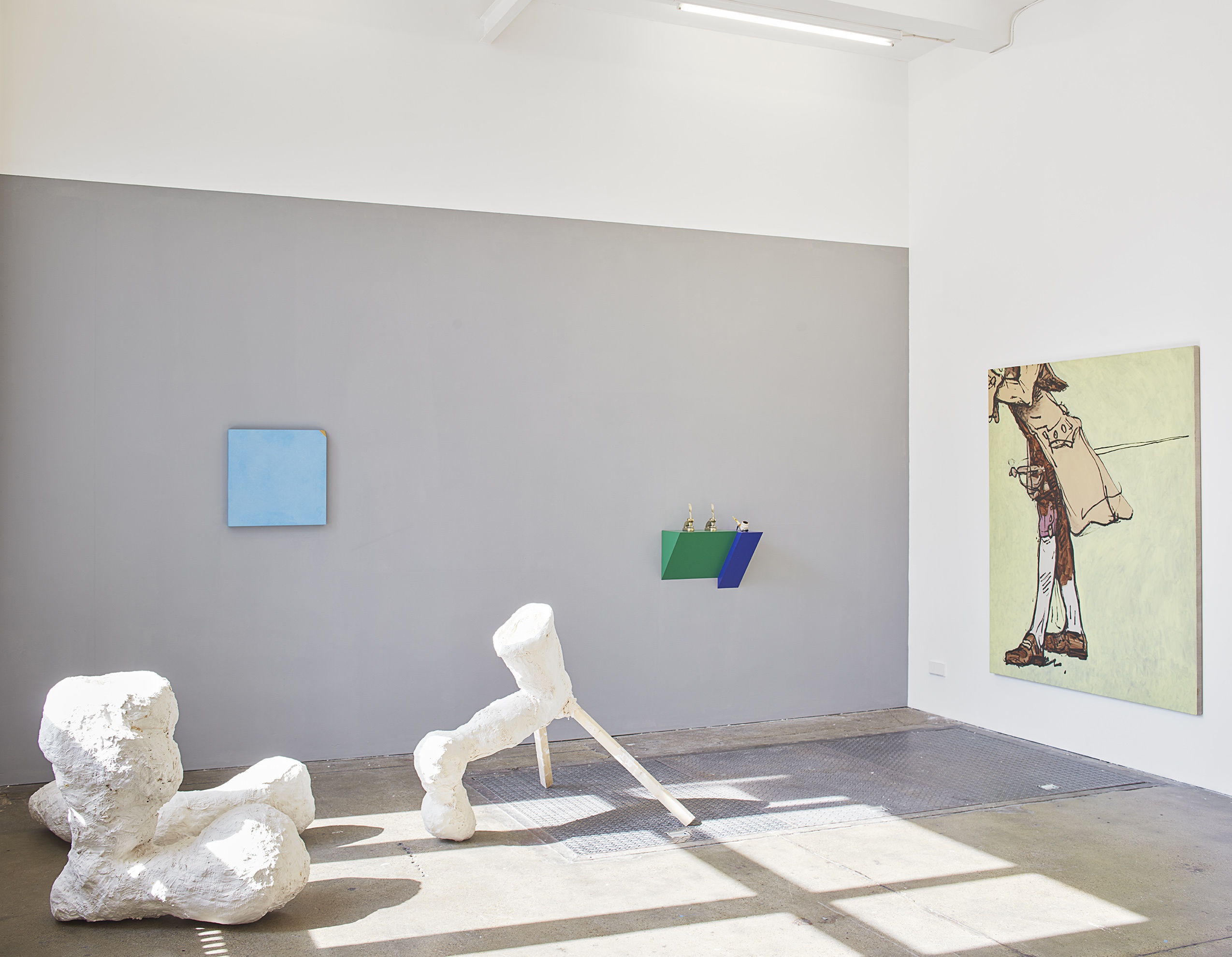 Turning back to the exhibition, one sees many of these peculiar characters crossing the stage, most notably two curious sculptures by Than Hussein Clark that are suggestive of a figure of sorts but made from reconstructed vintage chairs designed by the Austrian architect Josef Hoffman in 1907 for the Vienna-based Cabaret Fledermaus, an avant-garde nightclub and performing arts space. Other floor-based artworks add to the cast of actors, including Judith Hopf’s humorous painted tile sculptures, resembling masks put together like a puzzle from a series of different geometric shapes and Billingham’s bloated white plaster boot sculptures that look like they have fallen out of one of his paintings. Ola Vasiljeva’s artwork plays the role of the director, sitting down exasperated, putting his feet up on a desk and gazing at his script notes pinned to the wall. 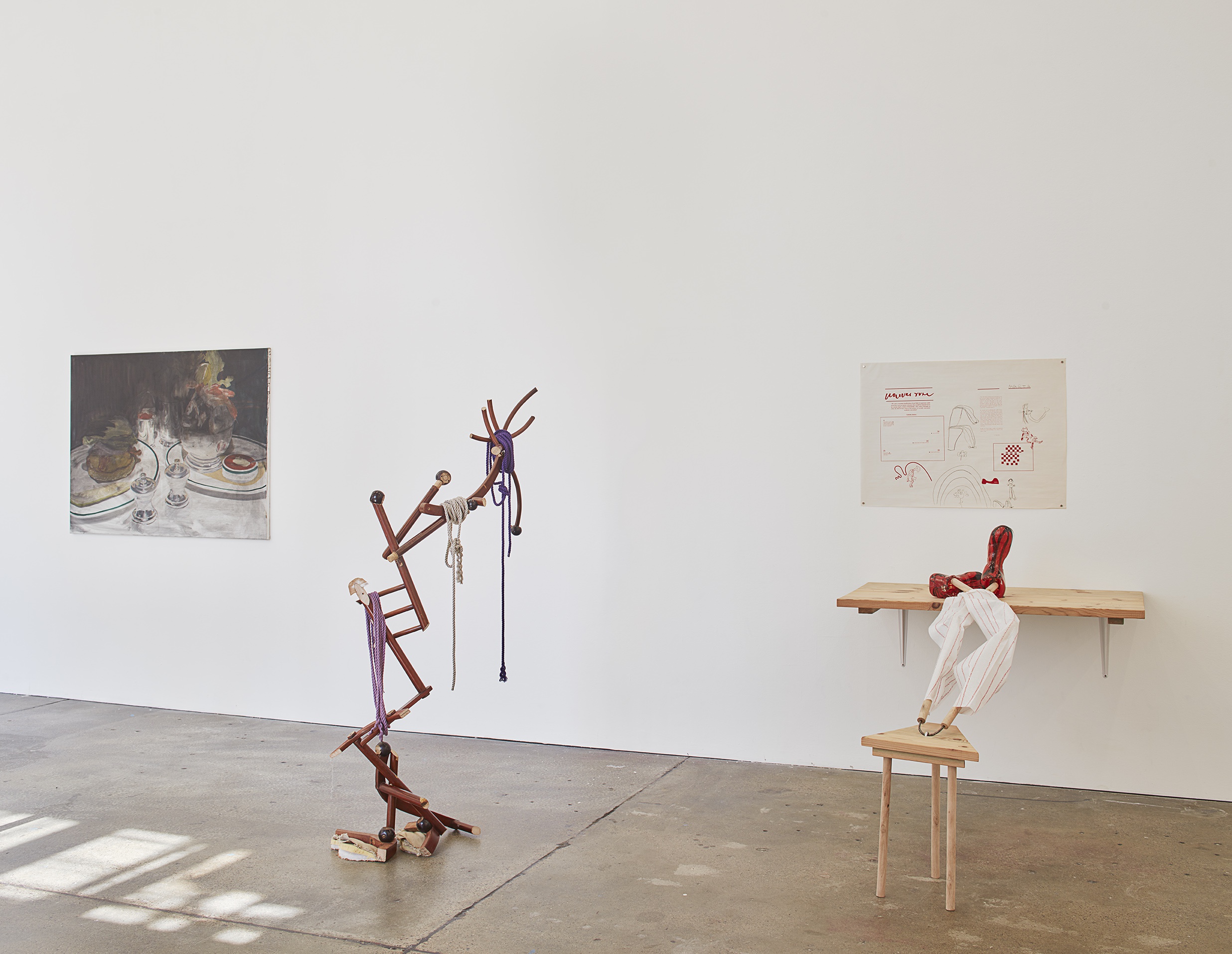 Populating the background of the stage are other wall-based props, such as a monochrome panel with gold leaf by Ettore Spalletti, one of Haim Steinbach’s signature shelves complete with two antique golden hole punches and a meerschaum pipe, and two sconces by Daniel Milvio, each holding a lit candle from a bronze fist jutting out from the wall. Representational paintings evocative of the past complete the scene with excellent contributions from Jill Mulleady and Daniel Milvio.

As seen on FAD: http://fadmagazine.com/2016/09/14/supportico-lopez-opens-the-season-with-a-theatrical-group-show/ 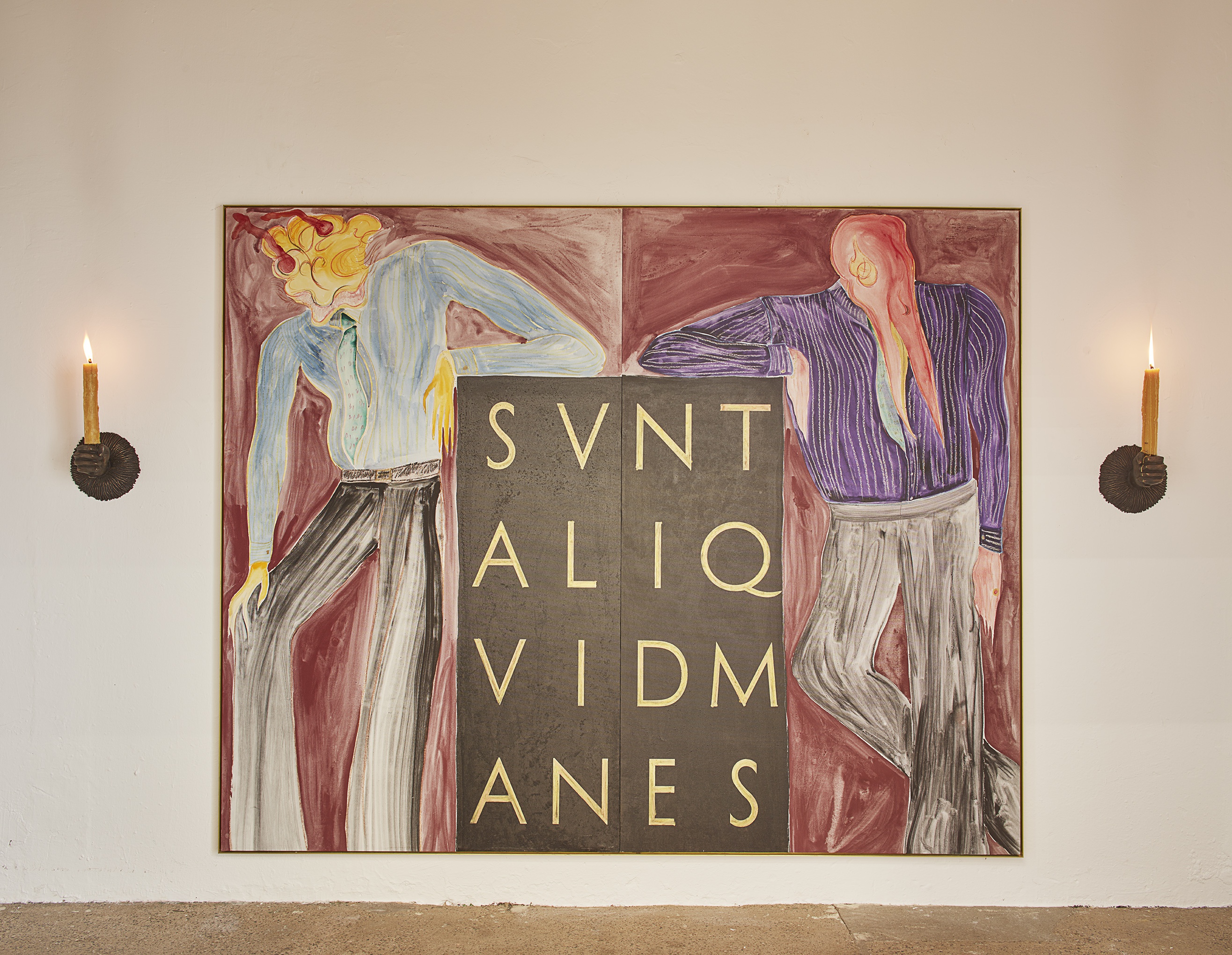